Improvement
a year ago

Luke Cousins
Announcement
a year ago

Your Breww subscription can now be paid for by Direct Debit

In addition to continuing to accept credit/debit cards for paying for your Breww subscription, you can now switch to Bacs Direct Debit, if you'd like.

To swap from card to Direct Debit payments, please go to Settings > Billing, then from the bottom of the page, you should be able to add a new payment method. From here, you can enter your bank details and agree to the Direct Debit mandate. If you make sure this is then your "default" payment method, Breww will use this for all future payments.

This is ideal for then importing into MailChimp or another email service provider.

Breww has intelligently populated these settings initially based upon the name of the stock item, setting anything with "Can", "Bottle", "Lid", "Cap", "Label", "Crown", "Cork" "Ends" or "Wax" to only be used during the initial racking / packaging process and not when assembling existing packaged beer stock into another format. Stock items such as boxes or cases however, have been set to be used regardless of which process is used to create the product.

The tool allows you to see how much stock you have now, what you expect to produce and forecasts when you'll run out... so you can make sure that never happens.

Find out more at https://community.breww.com/t/beer-stock-availability-forecasting-tool-now-available/485

You can now import inventory suppliers using the data import tools in settings.

You can now generate POs for the stock items on a pre-brew stock check with insufficient stock.

Breww will then ask you to confirm a supplier for each stock item, and will pre-populate the required quantity. If a stock item has been associated to any suppliers, Breww will also round the quantity up to the nearest pack size, and ensure it is above the minimum order quantity for that supplier.

Breww will then generate your summary for you to confirm. Then just click "Create POs" and your draft POs will be automatically created!

Planned packagings can now be entered as either a number of the product, or as a volume in Litres 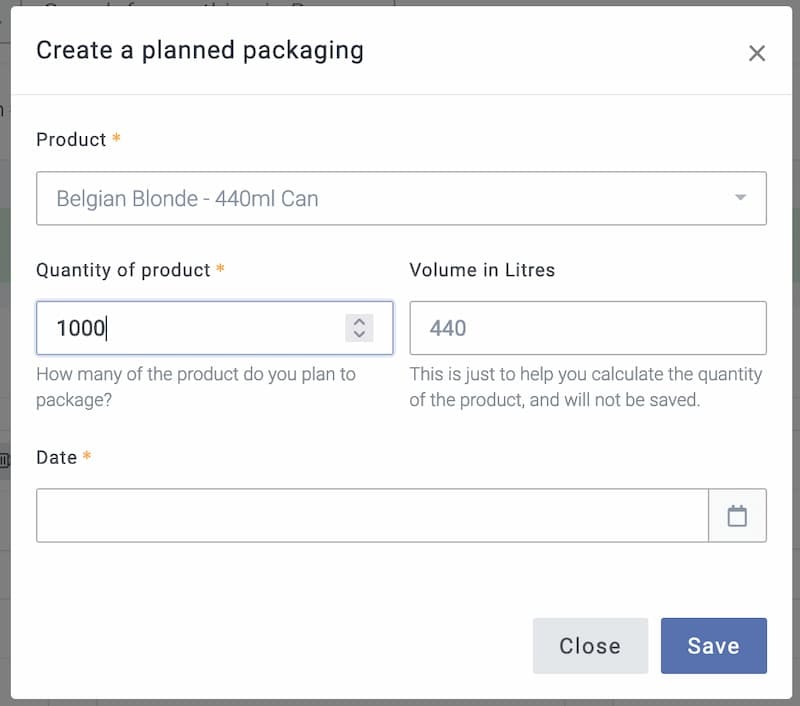